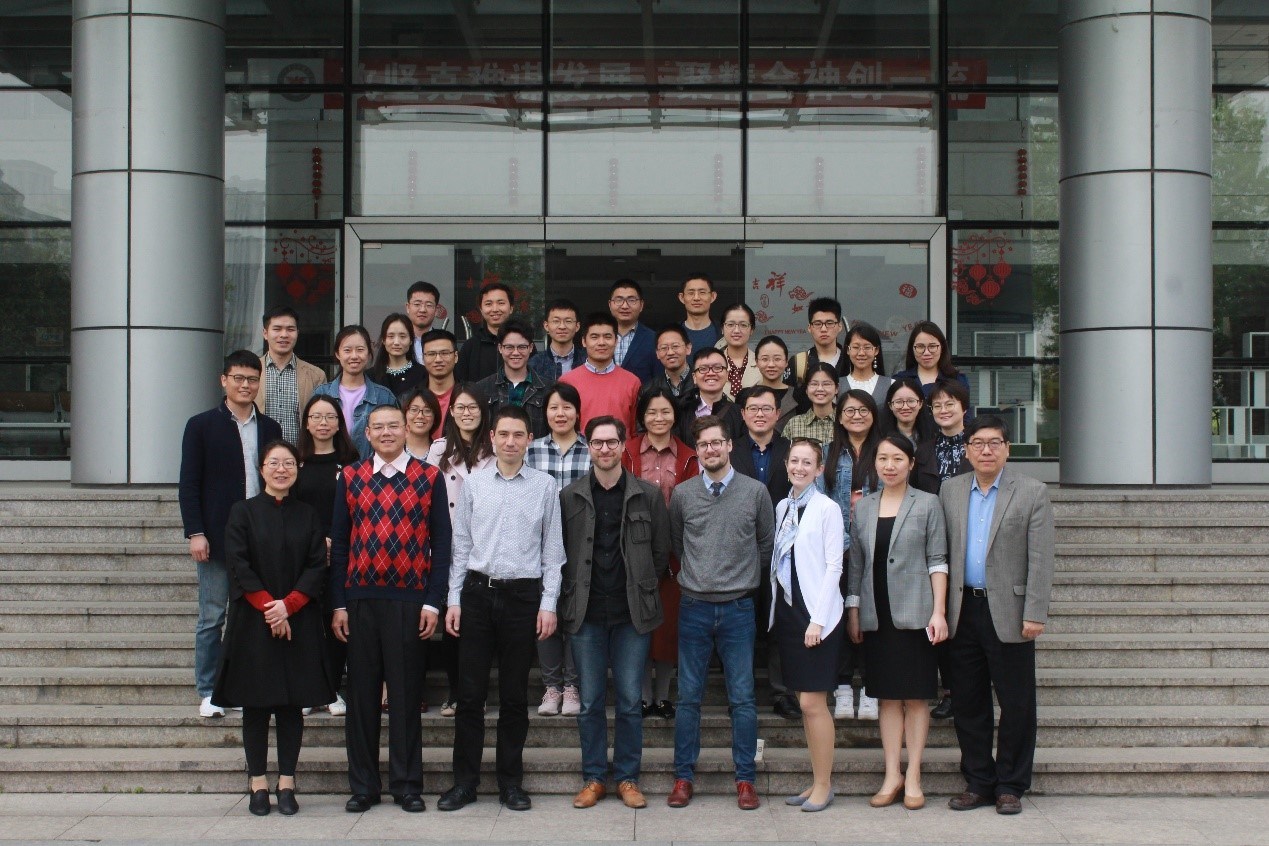 The eight speakers covered four topics including the challenges of global metrics, bibliometric studies of China, open access, and altmetrics. Prof. Sugimoto opened the forum with a talk on global indicators in scientometrics. She expressed concern that measurements of science are largely static and do not account for the growing complexity involved in the making of science. She discussed the development of new indicators for science that examine scientific mobility, collaboration, specialization, and scientific leadership, and the implications for measuring the growth of national production in science. She emphasized the anachronistic lens of “brain drain” and sought to provide a more accurate lens through notions of “circulation.” She also discussed data and policy implications at the national, global, and disciplinary levels. 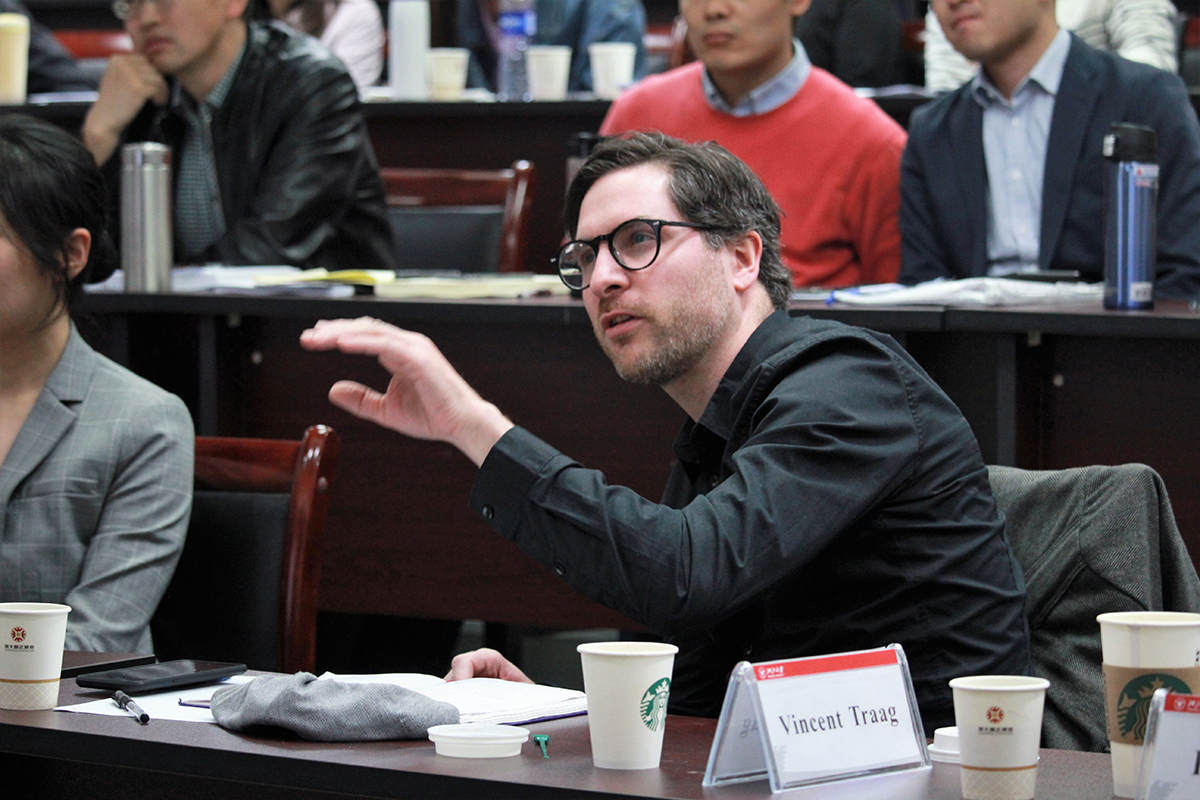 Prof. Cao and his coauthors focused on returning scientists and China’s science system. China has made investments in sending people abroad, in building domestic capability, and in prioritizing advancements in targeted areas of science and technology. Given the scale and scope of these investments, and the unprecedented rise of a huge nation into the global science system, and the implications of this development for international affairs, Prof. Cao presented the results of research in the growth of Chinese scientific personnel, their international engagement, the number of overseas Chinese scientists and returnees, and the contribution of these researchers to Chinese science. China’s human resources development emerges at an unprecedented time, when the science system is global in scope and international in operation. This means that China cannot use the same model of participation that has characterized the rise of other nations over the past 40 years. Prof. Cao presented an estimate of number of Chinese scientists in the U.S. and Europe, as well as estimates of the number of returnees from these countries based on a bibliometric approach. He also discussed the impact of mobility on the growth of Chinese science.

Prof. Tang and her co-authors focused on the relationship between international mobility and local connections, based on Chang Jiang Scholars of China. Utilizing novel curriculum vitae data of 1447 Chang Jiang Scholars, they examined the relationship between academic mobility and the speed of obtaining prestigious academic titles. Their results suggest that local connections accelerate the career development of Chinese scholars whilst international academic mobility has a negligible effect or even slows down the speed of late-phase career advancement. Returnee scholars tend to obtain national academic titles within a longer time period compared to their local counterparts. This penalty of international academic mobility also holds for returnees with only overseas PhD training experience and international research visits. Local scientists are more likely than their returnee peers with equivalent ties to have a quicker career trajectory. Policy implications were discussed at the end.

Prof. Zhou and her co-authors studied government funding, international collaboration, and their interactions in academic research, and found that different countries vary in arrangement of government funding sources: China and Brazil are centralized to a unique agency (i.e., NSFC and CNPq), whereas the rest four countries are relatively decentralized. The six focal agencies namely NSFC, NSF, DFG, NWO, NRF and CNPq are more efficient than non-focal agencies as a whole in raising citation impact, with the NSF of the US performing the best. Not every country gets benefit from international collaboration in terms of raising citation impact of publications: developing countries (i.e., China and Brazil in the current study) benefit more than developed countries. Collaborating with developed countries, especially the US, can be a first option for choosing foreign partners. With regard to synergy between funding and international collaboration, DFG performs best in supporting high-impact international collaboration.

Open access was the focus of Prof. Larivière’s talk. He first provided an overview of research indicators and of their limitations, and discuss some of the adverse effects of the most well-known indicator, the Impact Factor. He then addressed the current transformations of scholarly communication, with an emphasis on the role of journals and of open access in this new digital ecosystem, and concluded with implications for journals, funders, universities and researchers.

Prof. Shu’s talk was about altmetrics. He investigated the effect of diffusing scientific articles on Twitter on their citation impact. For a set of 1.3 million papers covered by the Web of Science and published in 2012, normalized citation rates are compared between tweeted and non-tweeted articles published in the same journal. The results indicate that tweeted papers, published in the same year and in the same journal, received around 30% higher citation rates than papers, which were not diffused on Twitter. This type of citation advantage appeared across disciplines and countries of authors, but varied in extent.

Except the speakers, the Forum had attracted 58 participants from universities, research institutions and enterprises (i.e., Clarivate and Scopus). Most participants were from China. Both the speakers and participants spoke highly of the organization of the Forum. It provided a precious chance for Chinese scholars especially young scholars to communicate directly with leading international young fellows, helped international scholars understand more of Chinese counterparts, and provided a platform for Chinese and international scholars to seek possibilities of collaboration. In general, the output of the Forum was more than expected.

Ping Zhou is full professor and Director of the Institute of Information Resources Management, Zhejiang University. She holds a PhD from the Faculty of Social and Behavioural Sciences, University of Amsterdam, The Netherlands (2009), a Master’s Degree in historical literature from Renmin University (1991), and a Bachelor’s degree in Chemistry from Sichuan University (1984). She had worked for three years as a researcher and one year as a postdoctoral researcher at the Centre for R&D Monitoring (ECOOM), KU Leuven, Belgium (2006-2010), and had spent one year (2004-2005) as a visiting scholar at the Department of Communications Studies, the Faculty of Social and Behavioral Sciences, University of Amsterdam. Before joining Zhejiang University in 2013, she had been a Senior Researcher at the Institute of Scientific and Technical Information of China (ISTIC, 1995-2013).

Her research involves research evaluation, science policy, scientometrics and informetrics. She has published extensively based on series of comparative studies of China and the leading nations in science with specific focus on international collaboration, journal studies, as well as effect and implications of government funding.