The awarding ceremony of the Derek de Solla Price Memorial Medal has become an essential part of the programme of ISSI conferences since the foundation of the Society in 1993. The Price Medal was conceived and launched by Tibor Braun, founder and former Editor-in-Chief of the international journal Scientometrics, and is periodically awarded by the journal to scientists with outstanding contributions to the fields of quantitative studies of science. The journal Scientometrics is an international journal for all quantitative aspects of the science of science, communication in science and science policy co-published by Akadémiai Kiadó, Budapest, and Springer, Dordrecht. The first medal was awarded to Eugene Garfield in 1984. The medal was first awarded annually, later, since 1993, biannually. You can view a short biography of Derek de Solla Price here.

The procedure consists of two parts: nominating and voting. Nominations are made by a panel comprised of the editors and members of the advisory board of Scientometrics together with former Price awardees. First, the nomination panel is asked to nominate in a non-ranked list up to six scientists they feel have contributed most to the field of quantitative studies of science. Following receipt of nominations, ballots for voting are sent to the committee members. The winner of the award is the person (or team) with the highest score. 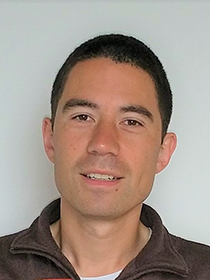 Ludo Waltman is professor of Quantitative Science Studies and deputy director at the Centre for Science and Technology Studies (CWTS) at Leiden University. Ludo has a background in computer science and economics. After receiving his PhD degree in economics at Erasmus University Rotterdam, he switched to the field of scientometrics and quantitative science studies. Ludo’s research focuses on developing new infrastructures, algorithms, and tools to support research assessment, science policy, and scholarly communication. Together with his colleague Nees Jan van Eck, Ludo has developed the well-known VOSviewer software tool for bibliometric visualization. Ludo is former Editor-in-Chief of Journal of Informetrics and currently serves as Editor-in-Chief of Quantitative Science Studies. 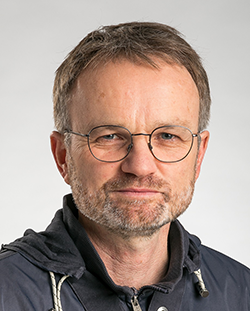 Lutz Bornmann is habilitated sociologist of science and works at the Division for Science and Innovation Studies in the Administrative Headquarters of the Max Planck Society in Munich (Germany). He received his PhD in sociology from the University of Kassel (Germany) and started his research in scientometrics in the early 2000s at the International Centre for Higher Education Research Kassel (INCHER-Kassel) and ETH Zurich (Switzerland, Professorship for Social Psychology and Research on Higher Education). His research interests include research evaluation, peer review, bibliometrics, and altmetrics. He is member of the editorial board of Quantitative Science Studies (MIT Press), PLOS ONE (Public Library of Science), and Scientometrics (Springer) as well as advisory editorial board member of EMBO Reports (Nature Publishing group). He is principal developer of the program CRExplorer (www.crexplorer.net), which can be used for investigating the historical roots of researchers, topics, fields, and institutions. 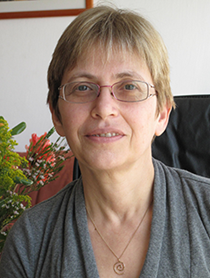 She was the Editor-in-Chief and the founder of The Journal of Altmetrics and member of several editorial boards of international journals, among others of JASIST, Scientometrics, Journal of Informetrics, PLoS ONE, Online Information Review and Frontiers in Research Metrics and Analytics and Quantitative Science Studies. She was active in the fields of informetrics, information retrieval, internet research, information behavior and usability. She was the academic head of MALMAD, the Israeli Inter-University Center for Digital Information Services since 2015. 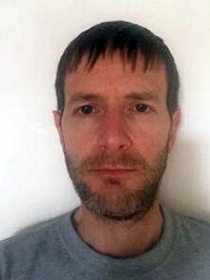 The Editorial Board and the Publishers of Scientometrics are glad to announce that the 2015 Derek John de Solla Price Medal has been awarded to Michael Thelwall for his distinguished contribution to the field of sciento-metrics. 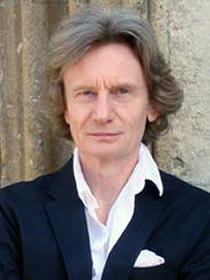 The Derek Price Medal Prize Selection Panel and the Publishers of Scientometrics are glad to announce that the 2013 Derek John de Solla Price Medal has been awarded to Blaise Cronin for his distinguished contributions to the field of scientometrics. 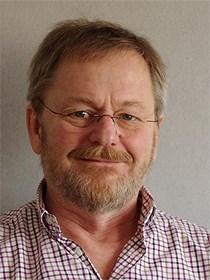 Olle Persson is Professor emeritus in Library and Information Science and was the founder of the Inforsk research group at Umeå University (Sweden) where he teaches Library & Information science. He developed the toolbox BibExcel which is broadly used by the bibliometric community. 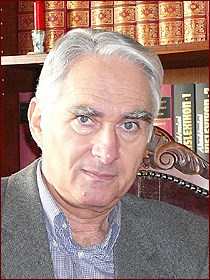 Péter Vinkler is Senior scientist and Scientific Secretary at the Chemical Research Center of the Hungarian Academy of Sciences. 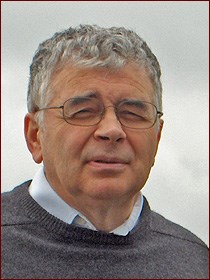 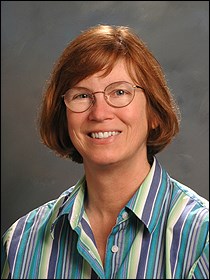 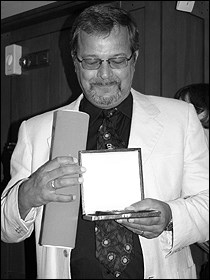 Research Professor at the Department of Information Studies Royal School of Library and Information Science (Denmark). 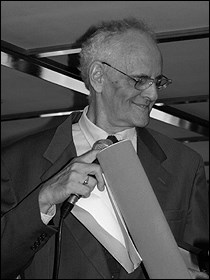 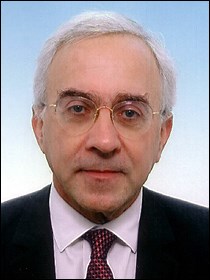 Loet Leydesdorff is Professor at the University of Amsterdam (The Netherlands). Jointly with Henry Etzkowitz, he developed the Triple Helix model of University-Industry-Government relations. 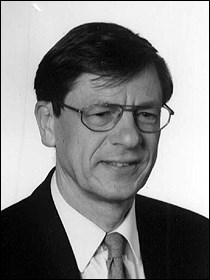 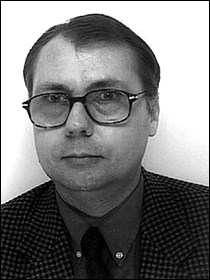 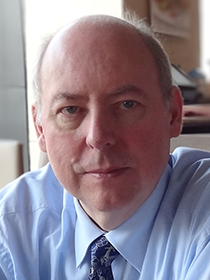 Wolfgang Glänzel is Director of the Centre for R&D Monitoring (ECOOM) and Professor at the KU Leuven (Belgium). He is also Senior Scientist at the Library of the Hungarian Academy of Sciences in Budapest.

He is Editor-in-Chief of the journal Scientometrics and Secretary/Treasurer of ISSI. 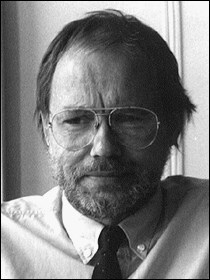 Henk Moed was Senior Scientific Advisor at Elsevier. Till 2010 he was Senior Researcher at the Centre for Science and Technology Studies (CWTS) and Professor at Leiden University (The Netherlands).

Since 1981, he worked on science indicators and quantitative studies of science at Leiden University. Recent work in projects involved bibliometric analysis in relation to aspects of research performance. 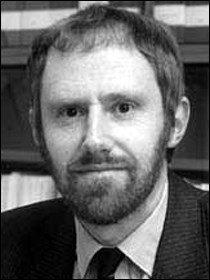 Ben Martin is Professor of Science and Technology Policy Studies, and Director of SPRU at University of Sussex. He received the 1997 Price Award jointly with John Irvine. 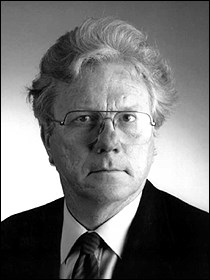 Belver C. Griffith taught at Drexel's College of Information Science and Technology from 1969 until he retired in 1991. He was a pioneer in the field of information science and a world-renowned scientometrician studying the patterns in formal and information communication among scientists. He received many awards for his research, among others, the Drexel University Research Achievement Award in 1980 and the 1982 ASIS “Outstanding Information Teacher Award”. 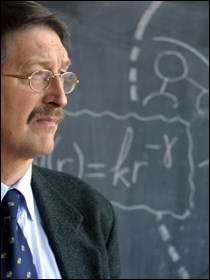 From 1985 till 2010 he was the Director of the Centre for Science and Technology Studies (CWTS) at Leiden University.

He is member of the editorial advisory boards of the international journals Research Evaluation, Scientometrics and the Journal of Informetrics. 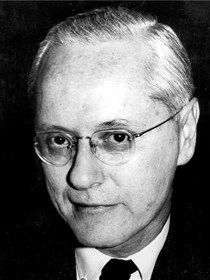 Robert K. Merton one of the most influential sociologists of the 20th century.

He spent much of his professional life at Columbia University where he was Professor of Sociology 1941-1979 and University Professor Emeritus thereafter.

He received numerous awards for his research, and was honorary member of the New York Academy of Sciences and the European Academy of Sociology.

His name is closely connected with the Matthew-Effect in science, Robert K. Merton revealed in the reward and communication system of science. 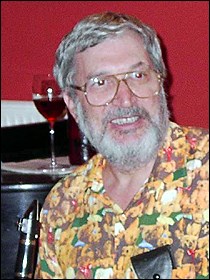 András Schubert is Senior Scientist at the Institute for Science Policy Research, Hungarian Academy of Sciences in Budapest (Hungary).

He is Editor of the journal Scientometrics. 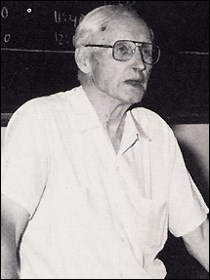 Bertram C. Brookes taught Information Science at the University College London and later at City University London. He was a pioneer in information science and one of founders of informetrics.

He was active in both philosophy of science and quantitative science studies. 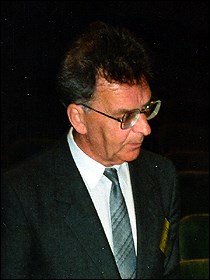 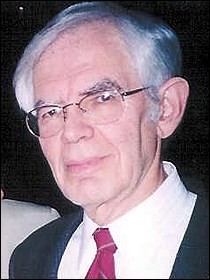 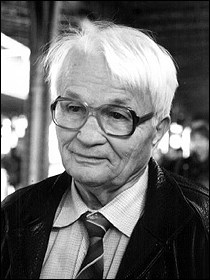 Vasily V. Nalimov was a Russian polymath and visionary.

In 1969, he published jointly with Z. M. Mulchenko their pioneering book entitled "

"  (Scientometrics)
in which they coined the term Scientometrics which is nowadays used synonymously for bibliometrics and which is also the title of the international core journal of our field. 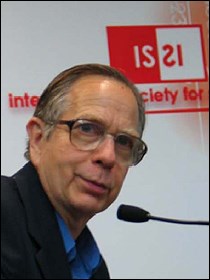 He is one of the foremost scholars in the area of developing and applying co-citation analysis. This important work has resulted in a better understanding of the structure, relationships, and evolution of the sciences.

Henry Small received several Awards including the JASIS Best Paper Award in 1987, and in 1998, the Award of Merit from the American Society for Information Science & Technology (ASIST).

He has been named the sixth President of ISSI for the period of four years in 2003. 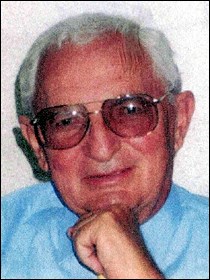 Tibor Braun was director of the Information Science and Scientometric Research Unit (ISSRU) at the Hungarian Academy of Sciences.

He was also Professor of Chemistry at the Loránd Eötvös University.

He was the former Editor-in-Chief of the journal Scientometrics since its first appearance in 1978 and served as Honorary Editor later on. 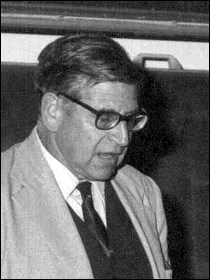 Till 1989 he was professor of theoretical physics at the University of Oregon in Eugene. 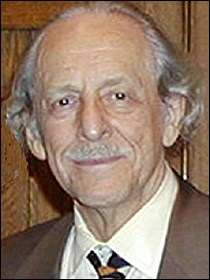 Eugene Garfield was one of the ‘fathers’ of scientometrics and a scientific information pioneer, awarded the first Derek de Solla Price Medal in 1984.

He was Founder & Chairman Emeritus of the Institute for Scientific Information.

Garfield was the president and editor-in-chief of the journal ‘The Scientist’.