From Journal of Informetrics to Quantitative Science Studies

Today I am glad to announce that the ‘flip’ of JOI has been completed. During the past few months, I have remained in charge as Editor-in-Chief of JOI, taking responsibility for handling manuscripts submitted before the editorial board resignation on January 14. I have now formally stepped down as Editor-in-Chief of JOI, and as of today I have been appointed as Editor-in-Chief of QSS. Together with the editorial board and Associate Editors Vincent Larivière and Staša Milojević, I will take responsibility for organizing a rigorous and efficient peer review process for submissions to QSS. The aim will be to maintain the high standards and reputation of JOI, with the crucial difference that QSS operates in a way that is much more aligned with the values of the quantitative science studies community.

All researchers in the field of quantitative science studies are invited to submit their best work to QSS. As an open access journal, QSS charges an APC ($600 for members of ISSI and $800 for non-members), but for anyone who does not have access to institutional or organizational funds for APCs, the APC will be covered by the Technische Informationsbibliothek (TIB) - Leibniz Information Centre for Science and Technology. In this way, APCs do not need to prevent anyone from publishing in QSS.

I would like to use this opportunity to thank the Elsevier staff members involved in the publication of JOI for the collaboration during the past years. Despite the disagreements between Elsevier and the quantitative science studies community, my day-to-day contacts with the Elsevier staff members responsible for JOI have been pleasant and productive. I also want to thank everyone who has contributed to the ‘flip’ of JOI, in particular Cassidy Sugimoto as president of ISSI, Vincent Larivière as Interim Editor-in-Chief of QSS, and Johan Rooryck and Saskia de Vries from the Fair Open Access Foundation as crucial advisors and supporters.

I look forward to working together with everyone in the quantitative science studies community to make QSS a flourishing journal in support of our community! 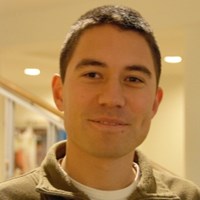