I am delighted to announce the results from the inaugural ISSI Paper of the Year award! The goal of the award, established by the 2016 ISSI Board of Directors, is to stimulate and recognize high quality research in the field. For the 2016 award, an international committee of ISSI members was appointed by the ISSI Board of Directors and consisted of Lin Zhang (China), Ronald Rousseau (Belgium), Ludo Waltman (Netherlands), Vincent Lariviere (Canada), and was chaired by ISSI President Cassidy R. Sugimoto (USA). The charge of the subcommittee was to solicit nominations and determine, from those nominated, a list of ten papers to forward to the membership for voting.

The votes were unequivocal: Jesper Schneider’s paper, “Null hypothesis significance tests: A mix-up of two different theories: the basis for widespread confusion and numerous misinterpretations” took the gold. The work, published in 2015 in Scientometrics, takes on a hotly debated topic in the scientific literature and brings it to scientometrics. The practical application is high—as Schneider notes, a sizeable proportion of scientometric literature applies null hypothesis significance tests, but often with the same misapplications and misinterpretations that plague the general scientific literature.

Schneider’s work is historically grounded, thickly reference, and truly interdisciplinary. Schneider’s historical understanding of the literature—drawing on critiques published as early as 1919—demonstrate a deep contextual understanding of the topic. With deft arguments, Schneider demonstrates the source of confusion around null hypothesis testing, interpretations of “statistical significance”, and understandings of conditional probabilities. Furthermore, Schneider provides a clear pedagogical example for the community, drawing on published work in Scientometrics to demonstrate how one can go wrong with these tests.

In the conclusion, Schneider argues for several explicit ways to improve practices around null hypothesis significance testing. He argues for a return to the data, rather than a careless belief in decision-making capabilities of statistical tests. He states:

“In all statistical analyses, focus should be on scrutinizing data. The importance of results is to be found in the data and not a mechanical decision tool.”

The contribution of the work is neatly summarized by the nominator:

Jesper Schneider will present his work next week at the 2017 ISSI conference to be held in Wuhan, China. Nominations for the next ISSI Paper of the Year Award will be due January 1, 2018! 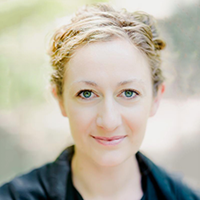